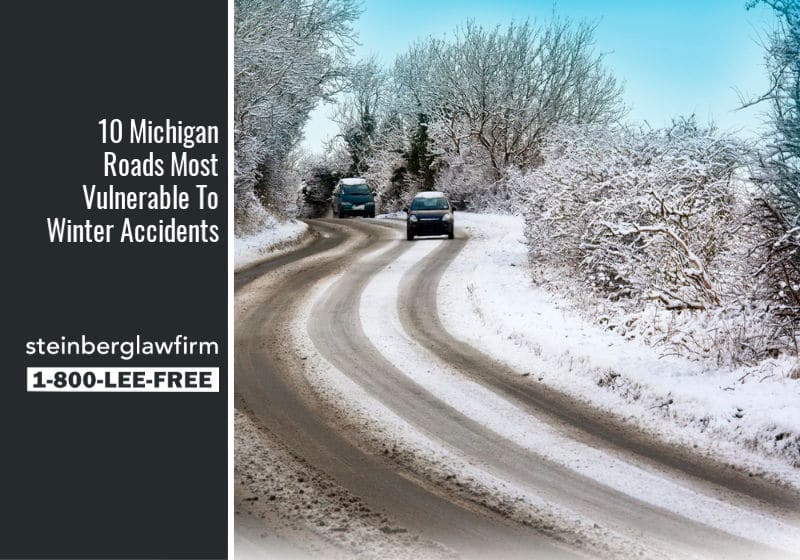 List of 10 Michigan Roads with the Most Winter Car Crashes

Michigan has long held a reputation of being a state that consistently battles harsh and brutal winters, earning it a top ranking on the ten deadliest states for winter driving list by the National Highway Traffic Safety Administration (NHTSA). Followed by Pennsylvania, New York, Ohio, Colorado, Indiana, Minnesota, Wisconsin, Illinois and Texas, several freeways located in west Michigan contribute to the state’s 50 road deaths and thousands of crash-related injuries each winter.

According to the Michigan State Police (MSP) Traffic Crash Reporting Unit, Michigan roads with the most winter crashes from 2014 to 2018 include:

MSP also concluded that 14% of all Michigan car crashes in 2018 occurred where winter road conditions included snow, ice or slush compared to 9.8% when the weather conditions involved snow, sleet or hail and blowing snow.

10 Tips for Driving in Michigan During Winter Months

To avoid being involved in a wreck while traveling one of the state’s most dangerous winter roads, or any other path, review these ten tips from Lee Steinberg Law Firm – created exclusively for Michigan drivers.

Have You Been Injured in a Winter Driving Accident in Michigan?

If yes, we don’t have to tell you about the difficulties of recovering from a serious accident or caring for an injured loved one. The Michigan auto accident attorneys at Lee Steinberg Law Firm understand these challenges well, and our attorneys have a long history of helping clients overcome them. Our highest satisfaction comes from winning a case and knowing our clients can rest easier now that their medical care, lost wages, and other expenses will be taken care of. If you’ve been in a winter driving accident and injured, call us today for your FREE consultation: 1-800-LEE-FREE.