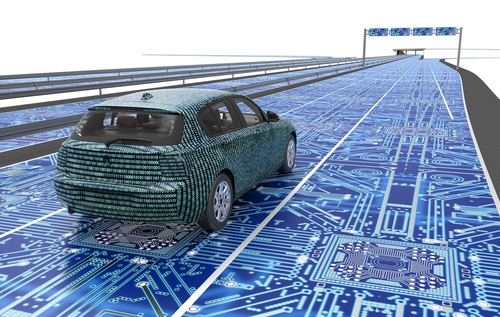 For the Michigan lawmakers who attended the North American International Auto Show in Detroit and heard Transportation Secretary Elaine Chao discuss the federal strategy to regulate autonomous vehicles, most didn’t leave before being heavily questioned by Joan Claybrook, consumer co-chair of Advocates for Highway and Auto Safety. Claybrook stood strong after hearing the Transportation Secretary’s panel discussion about driver safety, and grilled lawmakers on the lack of strict requirements for self-driving cars. The co-chair of the consumer safety group said the bills and guidelines currently on the books for autonomous vehicles are inadequate and sacrifice safety for speedy creation and innovation, concluding that the legislation turns a blind eye at the self-driving industry’s history of safety defects. Biggest concerns to the consumer advocate group are the lack of requirement to identify what vehicles are autonomous, crash data collection, and disarray of resources available to handle the monitoring and safety of autonomous vehicles. Local lawmakers agreed and added that before more autonomous vehicles hit the road, a stronger technology-based infrastructure, including better roadways and advancement in vehicle cybersecurity, needs to be secured.

The heavy discussion comes after legislation unanimously passed by the House of Representatives in September 2017, that would allow manufacturers to sell as many as 80,000 self-driving cars a year. The bill would give the National Highway Traffic Safety Administration (NHTSA) the authority to grant automakers from exemptions related to federal safety standards if they can prove their self-driving cars can match the safety of existing traditional cars. The proposed legislation is now stuck in the U.S. Senate because some lawmakers are in agreement with Claybrook in that the technology and safety system is just not ready to handle the unpredictable instances of roadway mayhem today. This stall also raises the popular argument from techies across the world that yes, car companies may know how to build cars, but do they really have the expertise to create the advanced software required for fully self-driving vehicles to be safe.

This intense safety discussion may have overshadowed the excitement created from the recent bombardment in self-driving technology news that came from automakers. For example, several special announcements recently dangled in front of consumers about the advancements related to autonomous vehicle technology from:

In late 2017, Michigan Gov. Rick Snyder signed a package of automaker-backed bills, 995, 996, 997, and 998, that establish regulations for the testing, use, and eventual sale of autonomous vehicle technology. The new laws allow testing of vehicles without steering wheels, pedals, or needed human control. First on scene is Waymo, formerly known as the producer behind the Google self-driving car project. The company has committed to send its self-driving technology to Michigan roads this year. The vehicles will test how the mix of winter conditions affect the way an autonomous vehicle handles the road. Waymo claims to have the most experienced cars on the road, with over 8 years and 3.5 million self-driven miles to date.

While your opportunity to buy a self-driving car is a couple years away yet, and is not guaranteed, there are some vehicles already available to Michigan consumers that are equipped with autonomous driving software. Mercedes-Benz has created vehicles with advanced safety systems and Volvo has a car with an automatic braking and steering feature. Tesla’s Autopilot system can brake, accelerate and steer by itself under certain conditions.

It’s estimated that every year, 1.2 million lives are lost to traffic crashes around the world, and in the U.S. the number of tragedies is growing. In Michigan alone, traffic deaths increased the last two years by 10 percent, up from 963 in 2015 to 1,064 in 2016, according to information from Michigan State Police. The number of fatalities made 2016 the worst year in more than a decade for the state. The National Highway Traffic Safety Administration (NHTSA) report driver errors such as inattention and distraction, driving too fast for conditions, illegal maneuver and misjudgment of gap or others’ speed, poor directional control, and drowsy driving as just some of the most critical reasons for the high number of crashes. A striking commonality of most traffic crashes is that 94 percent will involve human error, something auto-makers say the self-driving car technology will reduce.

As self-driving technology is aimed to create a reduction in traffic accidents, what happens if innovation trumps motor vehicle safety, and standards aren’t’ set into place before more autonomous motor vehicles hit the streets? If an accident did occur – where will that liability shift to and what will the law be to support a victim? Will the fault stay with a driver or move to the car manufacturer or the author of the new technology? We look forward to continuing this conversation as automated driving is slated to take control of our roadways in the future. Stay connected and share your thoughts with us.

We Hold Driver Safety To A Higher Standard Than Most

The Lee Steinberg Law Firm, P.C. was founded by nationally recognized attorney Lee Steinberg in 1973. Beginning with a small office in northwest Detroit, Lee has grown his practice into a prosperous and successful law firm with offices throughout the State of Michigan. Lee has tried cases to verdict in various jurisdictions throughout the country, and his staff of dedicated lawyers fight each day for the compensation their clients deserve.