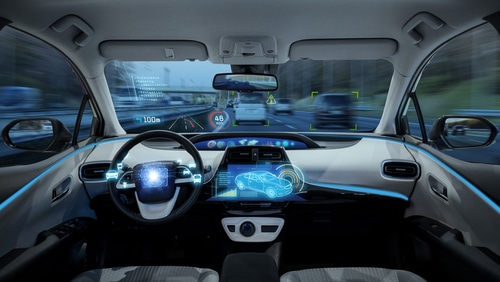 As the Insurance Institute for Highway Safety (IIHS) calls out the National Highway Traffic Safety Administration (NHTSA) for its lack of research on the safety challenges in autonomous vehicle growth, the government agency releases another status report in addition to the dozens already published on the topic. This time, the special issue Status Report, Vol. 53, No. 4 from August 7, 2018 is titled Lax U.S. oversight of industry jeopardizes public safety and highlights the concerns over the poor state regulations and safeguards in places for autonomous vehicles to share the roads with all motorists, bicyclists and pedestrians.

“Status patchwork of state laws and voluntary federal guidelines is attempting to cover the testing and eventual deployment of autonomous vehicles in the U.S. It is a decidedly pro-technology approach that lacks adequate safeguards to protect other road users.”

Officials says in the report that the autonomous car making industry is not necessarily taking the steps to regulate self-driving vehicles, create legislation and guidelines for new autonomous vehicle developments, share data on crashes, near-crashes and system disengagements with the public, leaving many wondering just how safe self-driving vehicles really are, if the U.S. is really ready for them, and who may be to blame in the event of a crash involving one?

These questions have left IIHS calling for the NHTSA to create a nationwide public database indexed and searchable by vehicle identification number (VIN), something currently not required to encode information about crash avoidance and features available in automated driving systems.

Michigan is one of 12 states with laws allowing the operation of automated vehicles to be tested or deployed without a human operator in the vehicle, and some would argue the state is too relaxed and welcomes autonomous vehicle makers to the state with fewer restrictions than the other 11 in the hopes of economic relief and leadership in transportation and car making.

In 2018, the Michigan Economic Development Corporation’s Entrepreneurship and Innovation initiative is set to work with the University of Michigan to allocate $700,000 to 10 projects aimed at bringing new autonomous technology to the motor vehicle market. Michigan is already the home to a unique test track for autonomous vehicles financed with a $2 million sponsorship from Subaru of America in Ann Arbor. The $2 million is just part of the states involvement in more than $110 million worth of autonomous vehicle technology investments since 2017.

Michigan’s interests in self-driving vehicles raises several questions about the lack of standards set into place as autonomous motor vehicles hit the streets. For example, if an accident did occur with one of these vehicles, where will liability sit and what will the law be to support an accident victim? Will the fault move to the car manufacturer or the author of the new technology?

We Hold Driver Safety to A Higher Standard Than Most

The Lee Steinberg Law Firm, P.C. was founded by nationally recognized attorney Lee Steinberg in 1973. Beginning with a small office in northwest Detroit, Lee has grown his practice into a prosperous and successful law firm with offices throughout the State of Michigan. We look forward to continuing this conversation as automated driving is slated to take control of our roadways in the future and driver safety and new accident risks become concerns. Stay connected and share your thoughts with us.