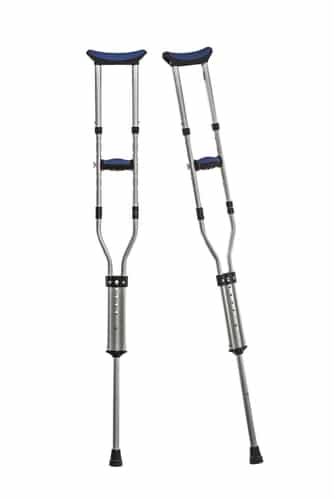 The Genesee car accident lawyers from the Law Offices of Lee Steinberg, P.C. are proud to announce the settlement for a Davison, Michigan, woman involved a car wreck. The accident occurred at the intersection of State Road and Lapeer Road in Davison.

Our client, who was driving a Nissan, was violently struck by a man operating a Chevy Silverado. Without warning he pulled in front of her vehicle while she was traveling northbound on State Road. At the time of the accident, the at-fault driving was attempting to make a left-hand turn into a parking lot.

The crash caused significant damage to both vehicles. Neither car was drivable from the scene. The damage to our client’s vehicle was quite extensive, with the front end of the car completely demolished. The Davison Township Police Department responded to the scene. After performing an accident investigation, the officer put the driver of the Chevy Silverado at-fault for failing to yield to oncoming traffic.

Incredibly, following the accident the at-fault driver changed her story, claiming our client somehow veered into her lane and struck her vehicle while she was sitting in the left lane. The defendant maintained this story despite the fact the Davison Township PD found her to completely at-fault for causing the horrible car wreck.

The Flint car accident attorneys at the Law Offices of Lee Steinberg, P.C. hired an accident reconstruction expert to rebut the defendant’s story. After reviewing the police report, deposition transcripts, photographs of the accident scene and vehicle damage reports, the expert (a former Michigan State Police trooper) came to the conclusion the defendant was fully responsible for the crash.

Our client’s injuries were very serious, and necessitated a four day stay at Hurley Hospital in Flint following the car wreck. X-rays of her right leg showed a Grade II open trimalleolar fracture and dislocation of the distal portion of the right ankle. While at Hurley, she underwent an open reduction internal fixation of the right ankle, which included implanting pins, screws and other hardware to stabilize the multiple fractures of the right ankle area.

After discharge from the hospital, she remained bedridden for the next six weeks. Because she was 33 weeks pregnant at the time of the accident, she underwent a C-section a few weeks after the accident. Fortunately, the baby was not injured.

Over the next couple months, our client’s right ankle remained very painful, swollen and weak. Doctors discovered one of the screws was contributing to the pain so another surgery was performed to remove the screw. Nine months later, her treating surgeon removed all the hardware along with a partial excision of the bone along the tibia and fibula.

Our client also sought treatment with a neurologist for post-concussion syndrome and continuous headaches. She had psychotherapy services and had memory problems that were all new from the car accident.

At the present, our client still works with a therapist to improve her memory, mood impairment and concentration. She lost her job as a result of the accident, which was especially hurtful from both an emotional and financial standpoint. She also still sees her treating orthopedic surgeon for the right ankle because she will have ongoing pain and swelling from the car accident.

Besides being pregnant, at the time of the Davison car accident she also had an 18-month-old daughter. Because she was bedridden and recuperating from the car accident, her husband was forced to help her perform basic care and perform all the household chores. She also couldn’t participate in family activities with her husband like she used to, including camping, hiking and playing with the kids.

We are very happy for our client’s settlement. It will allow her to financially move on with her life with her young family.