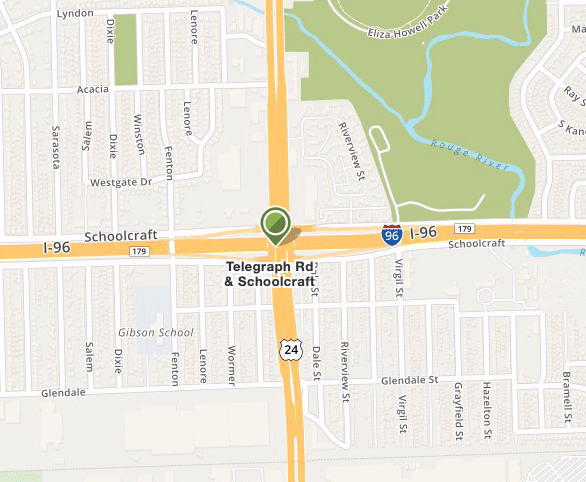 Nationwide in 2017, nearly half of all traffic accidents (roughly 2.5 million) were caused at intersections. In Michigan, 43 percent of all injury crashes and 31 percent of all fatal crashes occurred at intersections according to Michigan Traffic Crash Facts (MTCF) via University of Michigan studies. The intersection of Schoolcraft Road at Telegraph Road in Redford Township in Wayne County was listed as one of the most crash prone crossroads in the state. Last year, a total of 112 crashes resulting in 16 injuries occurred where the roads met.

MDOT said improvements to traffic safety for both drivers and pedestrians were made by creating a smoother riding surface and less cluttered drains, plus the addition of sidewalks and push buttons at intersections. The intersection of US-24 and I-96 now is now equipped with new safety signs and pavement markings which created a second turn lane for southbound US-24 traffic turning onto Schoolcraft Road, the I-96 service drive and entrance to westbound I-96. The previous single turn lane caused traffic back-ups and several intersection crashes and rear-end collisions during rush hour.

Our team of motor vehicle accident injury attorneys are prepared to review traffic crash statistics for this intersection in 2019 to see if the expensive road project paved the way for less accidents and injuries to drivers, pedestrians, and cyclists.

Most Common Causes of Intersection Crashes

With that said, alert and sober driving at safe speed limits should remain important measures toward improving all accident rates.

We took a closer look at Michigan’s Most Dangerous Intersections here. Do you know of other crossroads in Michigan that should be reviewed as dangerous?

If you have been injured in an intersection related accident, the vehicle accident attorneys at the Lee Steinberg Law Firm are ready to use our decades of experience to get justice so you can move forward and start the healing process. Not only can a personal injury lawsuit help ease financial burdens, but it can help create change at a location, like a dangerous intersection, that poses serious risks to other users every single day.