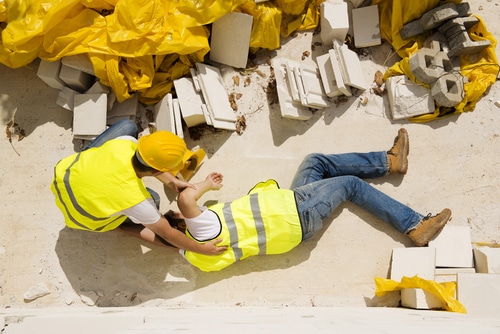 In August of 2017, the Associated Press reported that older workers are dying on the job at a higher rate than workers overall, even as the rate of workplace fatalities decreases. But as the baby boomer generation chooses to keep working beyond the age of 65 the Bureau of Labor believes employers will see more workplace mishaps turn into serious injuries or potentially fatal accidents.

According to the Bureau of Labor Statistics 2015 Census of Fatal Occupational Injuries, 4,821 people – more than 13 per day – died while doing their jobs and about 35 percent of the fatal workplace accidents involved a worker 55 and older. In most states, the fatal accident rates for older workers remain consistently higher than comparable rates for all workers. There were 43 worker related deaths reported by the Michigan Occupational Safety and Health Administration in 2016. At least half of those individuals were age 55 or older with a majority of those deaths caused by a fall.

Key Findings of the 2015 Census of Fatal Occupational Injuries:

Although most workplace deaths are highly preventable, aging specialist say changes in a gradual worsening of vision and hearing impairment, reduced response time, balance issues and chronic medical or muscle or bone problems like arthritis can contribute to the higher fatality (and injury rate) for older workers.

If a loved one has been killed on the job, it is essential you contact a Michigan wrongful death lawyer to make sure you receive the benefits and compensation you are entitled to. For over 40 years, The Lee Steinberg Law Firm, P.C. has helped Michigan families win their wrongful death case and collect the compensation they deserve.