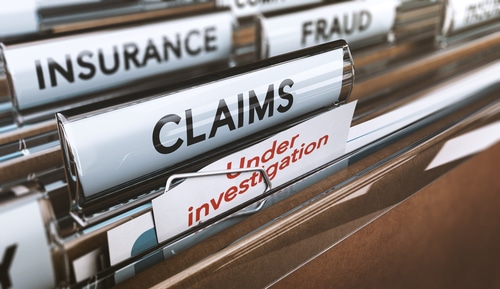 The Michigan Court of Appeals issued a decision that affects individuals involved in a Michigan car accident that are receiving benefits through the Michigan Assigned Claims, now known as the Michigan Automobile Insurance Placement Facility (MAIPF). The Court ruled that based upon the language of MCL 500.3173(a)(2), a person who submits knowingly false and material statements used to obtain no-fault benefits is precluded from recovering all benefits for the claim.

In Candler v. Farm Bureau Mutual Ins. Co. of Michigan, (docket no. 332998, published 10/24/17), the plaintiff was hit by a hit-and-run driver. Because he was uninsured at the time of the car accident, and no other car insurance could be established, he made a claim for PIP benefits through the Michigan Assigned Claims Plan (MACP). The Plan assigned Farm Bureau Insurance to handle the claim.

Not a Unanimous Decision

Defendant Farm Bureau then filed a motion to dismiss not just the replacement service claim, but the entire no-fault claim for all benefits. The trial court denied Farm Bureau’s motion, but on appeal the Court of Appeals in a 2-1 decision ruled in favor of Farm Bureau and dismissed the entire case.

The reaching its decision, the majority analyzed the language of MCL 500.3173(a), which states when a Michigan no-fault claim is submitted to the Michigan Assigned Claims Plan, “a claim that contains or is supported by a fraudulent insurance act as described in this subjection is ineligible for payment or benefits under the assigned claims plan.”

The majority agreed with Farm Bureau’s point of view. Even though the statute does require that the false statement be presented “as part of or in support of a claim to the MAIPF,” the MAIPF was involved because it ultimately assigned the claim to Farm Bureau and was part of the no-fault process. Therefore, the plaintiff’s claim for no-fault benefit is a claim to the MAIPF, not to Farm Bureau. Because there was a fraudulent act committed by the plaintiff that violated MCL 500.3173, Farm Bureau was entitled to dismissal.

Was This Ruled Correctly?

This is interesting case because this decision turns on one’s analysis of statutory construction. Judges always like to say they are enforcing the law as written, But here we have two judges that frankly read the statute the way they want to see it, not the way it is written. It is result oriented in the worst sense.

The dissenting judge in my opinion correctly interpreted the statute as it was written. The plaintiff’s claim should not have been dismissed. Because of the majority’s ruling, all the doctors who treated the plaintiff will not be able to get their medical bills paid by the auto carrier. This despite the fact the plaintiff’s fraudulent act was merely about who actually did his household chores, and had nothing to do with his medical treatment.