Do I Have a Michigan Dog Bite Injury Case? | Call Lee Free
Skip to content 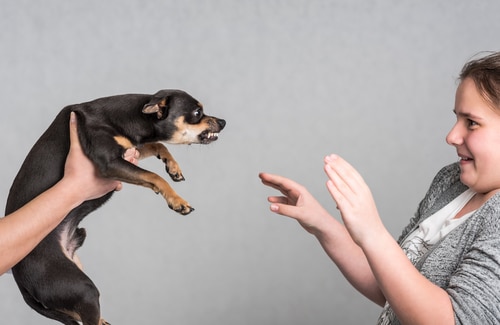 Do You Have a Michigan Dog Bite Injury Case?

Each year in Michigan, there are hundreds if not thousands of dog attacks that result in personal injury. These cases are governed by statute under the Michigan dog bite law, or MCL 287.351.

The statute is as follows:

Under the law, a dog owner is strictly liable for any damages their dog causes as a result of a dog bite. The only defenses to this action are (1) trespassing and (2) provocation. So long as the dog bite victim was not trespassing and did not provoke the dog bite, then the victim can obtain compensation for the attack, without regard to fault or negligence.

But what does provocation mean in Michigan dog bite cases? When is a dog provoked under Michigan law? The law on provocation is somewhat complicated.

First, the statute does not define “provocation”. Judges cannot easily just refer to a statute or law when reviewing whether or not an attack was provoked. Instead judges throughout the state have taken a multi-varied approach.

Although the statute does not define what provocation, judges have turned to other resources as a guide in these cases, most notably the good old-fashioned dictionary.

If you or somebody you know has been attacked and bite by a dog, please call the Michigan dog bite lawyers at the Lee Steinberg Law Firm. The consultation is free and there is no fee unless we win your case. Please call us at 1-800-LEE-FREE (1-800-533-3733) so we may answer your questions and assist you with your case.