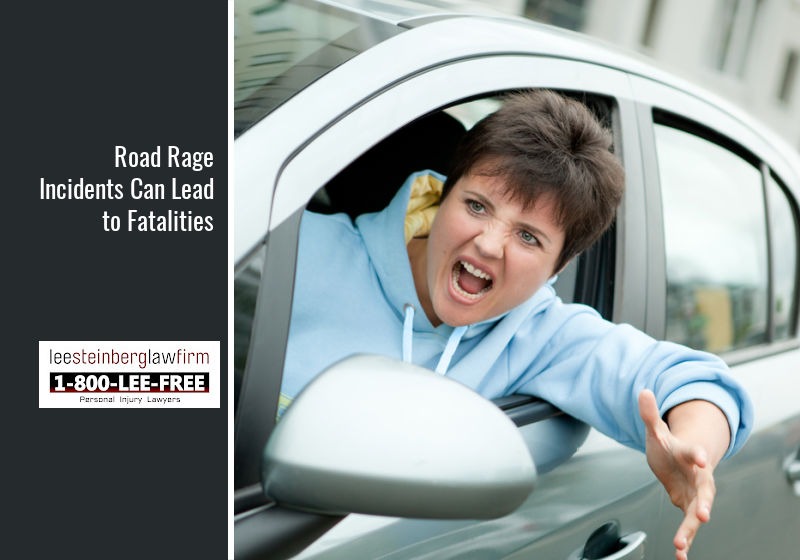 The NHTSA defines aggressive driving as “the operation of a motor vehicle in a manner that endangers or is likely to endanger persons or property.” And road rage, specifically, is considered the angry and violent behavior that occurs at the extreme of the aggressive driving spectrum, such as rude gestures, yelling, and even confrontation and physical assault.

It’s important to understand the difference because aggressive driving is considered a traffic violation, while road rage could result in a criminal offense charge.

So someone who is exhibiting road rage has also likely exhibited aggressive driving, and the road rage is an escalation of their aggressive behavior. Unfortunately, once behaviors have escalated to road rage, the situation becomes more dangerous, and severe injuries and fatalities are more likely to occur.

This is why it is so important for drivers to understand the dangers of road rage and how to avoid them.

In Michigan, there are serious penalties for those who engage in aggressive driving and violent behaviors like road rage. And if you or a loved one are injured in a road rage incident, you may have the right to file a claim or even a lawsuit against the guilty party to recover compensation for your damages.

If you have questions or concerns about a road rage incident and need help filing a claim, the Michigan car accident lawyers at The Lee Steinberg Law Firm can assist you.

Over the past several years (about seven years), road rage has resulted in over 12,000 injuries and over 200 murders. But it is only recently that road rage has become a serious concern.

Road rage is increasing at an alarming rate across the US, according to local news and police reports. People aren’t just shouting and gesturing crudely anymore; now, they are physically assaulting others and even holding them at gunpoint.

According to Everytown Research, more than 500 people were shot and wounded or killed in road rage shootings in 2021 alone. This translates to one person being shot on average every 17 hours.

Even when guns weren’t involved, road rage in 2021 was at an all-time high, making it the most dangerous year on record for road rage.

So what is causing this sudden increase in road rage incidents?

While experts can’t guarantee for sure, many believe it is a result of the pandemic and rising problems across the globe, such as political strife and an increase in natural disasters. Essentially, people are incredibly stressed and on edge right now, which means they are more prone to violent behaviors.

What Leads to Road Rage?

Rage-like driving behavior is often caused by factors entirely unrelated to traffic conditions, such as a personal crisis related to relationships, family, job, or other outside stressors, like the pandemic. It can also be triggered by distracted driving or drunk driving.

However, some drivers may feel frustrated and act out of rage when they are cut off, unable to change lanes, or get stuck behind a slow-moving driver or in congested construction zones. These driving behaviors may cause a motorist to become angry and impulsive toward others.

It’s important to recognize the signs of aggressive driving and road rage so you can keep yourself safe. Signs that may indicate someone is an aggressive driver and may be prone to violent road rage behaviors can include:

There are no official road rage laws in Michigan. However, those who exhibit certain aggressive driving behaviors can be charged with a traffic violation. If aggressive driving turns into road rage, it could further result in a criminal charge such as assault or discharge of a firearm.

Assault with a dangerous weapon is a felony punishable by up to 4 years, 10 years, or life imprisonment, depending on the intentions of the assault and how much harm was caused.

Intentional discharge of a firearm from a vehicle is a felony punishable by up to 10 years in prison. The sentence rises to 15 years if injury was caused, 20 years if the shooting resulted in the serious impairment of another person, and up to life imprisonment if death occurred.

How to Avoid Aggressive Driving Behaviors

Unfortunately, not all of Michigan’s drivers are courteous or practice safe driving behaviors. Some drivers clog up roadways and cause major personal injuries to others with their accident-prone driving decisions like speeding, violating Michigan traffic sign laws, driving while distracted, impaired, or with aggressive anger.

If you start to notice that you are feeling frustrated while operating a motor vehicle, follow this guidance to adjust your driving behavior.

If you find yourself sharing the road with a motorist making risky decisions that could trigger a road rage incident, it is important to do your best to avoid any interaction. Back away from the rage-filled car or truck by changing lanes to create space.

Do not respond to the aggressive driver’s gestures, shouts, or other behaviors. If you feel threatened or in danger, dial 911 immediately and provide your location and a description of the vehicle.

Have You Been Injured in a Road Rage Accident in Michigan?

If you or a loved one are injured in a road rage incident, let the attorneys at The Lee Steinberg Law Firm assist you. We have helped families all over Michigan obtain millions in personal injury and wrongful death benefits.