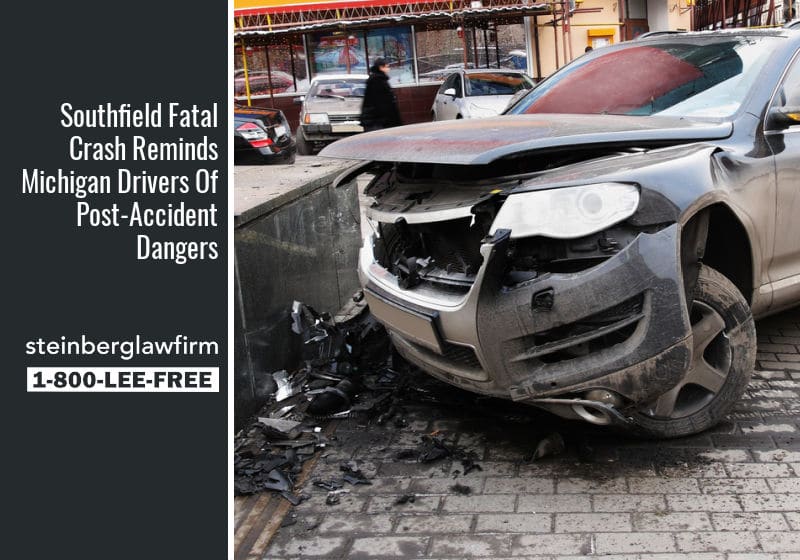 Michigan State Police have reported the death of a driver involved in a Southfield secondary car crash. Moments before the accident, the man was involved in a wreck with a pickup truck. According to authorities, after the initial crash, the man got out of his car and was fatally struck by a passing vehicle on the Northwestern Highway near Telegraph Road.

Southfield is a city in Oakland County and a northern suburb of Detroit.

Northwestern Highway has several names, including John C. Lodge Freeway (The Lodge), James Couzens Highway, and one segment has also been named the Aretha Franklin Memorial Highway. It runs through residential and commercial areas of the west side of Detroit and into Southfield.

What Is a Secondary Crash?

The Federal Highway Administration defines a “secondary crash” as a crash beginning with detecting the primary incident where the collision occurs either a) within the incident scene or b) within the queue, including the opposite direction, resulting from the original incident.

Secondary crashes do happen, and unfortunately, sometimes the result is fatal. The fault of a secondary crash will not necessarily be known until an investigation is complete, which does take time.

Our lawyers and staff serve clients all over Michigan, but our home is in Southfield, just off Telegraph Road. We understand how painful sudden fatal crashes like this are on family and friends – and the community. We are keeping all the parties involved in our thoughts and want to use this opportunity to remind Michigan drivers of the steps to take if involved in a car or truck wreck, especially on a highway or busy road.

How to Avoid a Secondary Crash

Every crash situation is different, but if you have been in an accident with another vehicle, you must know what to do next for not only your safety but the safety of other motorists who may be passing by.

For the rest of us, if you ever see an accident occur or vehicles parked on the side of the road, slow down and move over to the lane farthest from where occupants might be. Don’t ever attempt to navigate your way through a crash scene. Never drive distracted or tired or under the influence of drugs or alcohol. Follow the speed limit, follow the flow of traffic, and always buckle up!

In the Case of Wrongful Death

Determining the fault for the cause behind these tragic accidents can be more than tricky, even for the best crash investigator. Secondary crash accidents can involve many different drivers who may have been operating carelessly, such as following too closely, driving distracted, speeding and driving recklessly, or under the influence of drugs and alcohol.

Not specific to this situation, but risky driving behaviors leave thousands of innocent victims and their families in its wake every year. The Michigan Wrongful Death Act allows the personal representative of the estate of a deceased person to bring an action in court if the death of the person was caused by the wrongful act or negligence of another. Non-economic losses relate to grief and emotional loss.

Psychological damages beyond what is typically experienced by family members can also occur in the unexpected death of a loved one. There are no set rules for determining pain and suffering settlements. The jury decides the award for each claim if it goes to trial. Otherwise, this will be determined in the settlement.

Have You or a Loved One Been Involved in a Fatal Michigan Car Accident?

If a loved one has been injured or killed in a car or truck crash of any kind, the Michigan car accident attorneys at the Lee Steinberg Law Firm, are sorry for your situation, and we want you to know that we have a long history of representing clients at their most stressful and exhausting times. With support around the state, our attorneys can be right there when you need us.

Please call to speak to an experienced Michigan accident attorney at 1-800-LEE-FREE (1-800-533-3733) as soon as you are ready. And remember, you pay nothing until we settle your case.