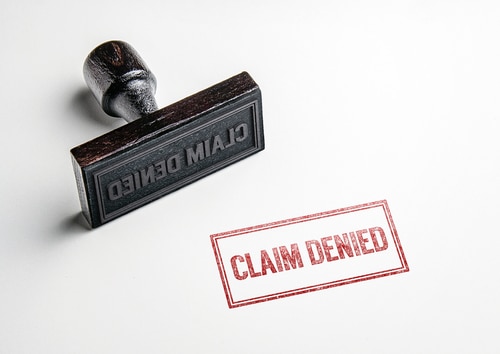 The ongoing saga of what constitutes a threshold injury for Michigan car accidents victims took another turn. This week, the Michigan Court of Appeals in Zichichi v. Mull, docket no. 337043 (unpublished 4/12/2018) held that a Wayne County man was not entitled to pain and suffering compensation stemming from a car accident, ruling his impairments and restrictions did not last long enough.

Under Michigan law, a person injured in a motor vehicle accident is entitled to compensation if they sustain what is known as a “threshold injury.” There are three threshold injuries (1) death, (2) permanent serious disfigurement, and (3) serious impairment of body function. If a person does not have a threshold injury, he or she cannot receive compensation for non-economic damages coming from the car accident, such as pain and suffering.

This is true no matter how bad the car accident was or how negligent the at-fault driver was in causing the car wreck.

In 2010, the Michigan Supreme Court ruled on MCL 500.3135(5) and the definition of “serious impairment” in McCormick v. Carrier, 487 Mich 180 (2010). In McCormick, the Court set out a three-part test to determine if a plaintiff has sustained a threshold injury. According to the test, a plaintiff must suffer (1) an objectively manifested impairment (2) of an important body function that (3) affects the person’s general ability to lead a normal life.

The third prong, or how the impairments from the car accident affect a person’s general ability to lead a normal life, is most heavily litigated in Michigan courts. Under McCormick, it is a subjective inquiry as to whether the impairment has “an influence on some of the person’s capacity to live his or her normal manner of living.” There is no “express temporal requirement,” meaning there is no time frame for how long the impairment must last in order to have an affect on a person’s general ability to live a normal life.

Using this framework, the Court of Appeals in Zichichi held the plaintiff did not meet the guidelines for a threshold injury, and therefore was not entitled to any compensation for his injuries.

The plaintiff sustained a fracture to his right clavicle that required surgery. He worked as a manual laborer and ended up missing six weeks of work. When he did return to work, he was restricted from all normal activities for three months after the accident. The plaintiff still complains of numbness on his right side.

Court of Appeals Rules Against the Plaintiff

Although the plaintiff had surgery and missed a month-and-a-half of work, the Court of Appeals ruled the impairments he had from the car accident did not affect his general ability to lead a normal life.

According to the Court, the plaintiff was still able to engage in his pre-accident employment. He continued to fish, do yard work and had no limitations. He resumed work within six weeks of the accident and was without any limitations three months after the accident. Taken together, the plaintiff did not meet the McCormick test.

Potential Long-Term Implications of This Ruling

This decision is a troubling one. This is not a case involving a person with just a few weeks of physical therapy and a week or two of missed work. The plaintiff in this case had screws implanted into his clavicle. He missed 6 weeks of work and still has numbness in his right shoulder. Although he returned to his pre-accident routine, the McCormick test does not require a permanent injury.

It will be interesting to see if insurance companies use this decision and become even more aggressive in getting similar cases dismissed. Our Michigan car accident lawyers will continue to monitor this decision and others like it.