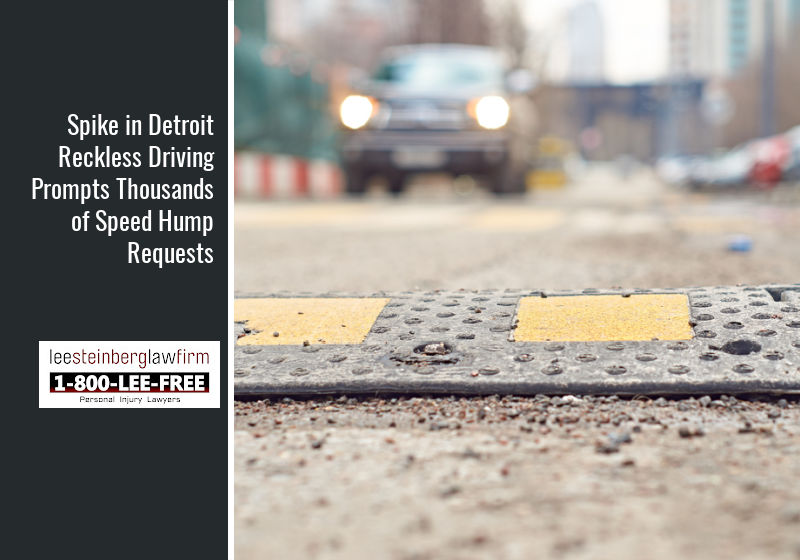 In the past few years, Detroit’s reckless driving epidemic has worsened significantly. Police have given over 83,500 tickets this year so far, an increase of 50% since 2016. The Department of Public Works is overloaded with speed hump requests, and there are too few police officers available to prevent widespread reckless driving. If you live in Detroit or the surrounding areas, you need to be aware of the current state of dangerous driving and what to do in the event that you see someone driving recklessly.

The Department of Public Works has installed 5,550 new humps so far this year, but that number pales in comparison to the number of speed hump requests. There have been over 17,000 requests that haven’t been approved. Numerous culprits drive dangerously every day and engage in reckless activities, including speeding, driving while distracted, tailgating, careless driving and driving under the influence. Reckless drivers also engage in highly dangerous activities, such as street racing. Thousands of Detroit residents have requested speed humps, but there are too many requests for the Department of Public Works to address them promptly.

Detroit originally started its hump program back in 2019. It started as a pilot program, meaning that it was a small-scale experiment, and it grew into a program that provides thousands of speed humps every year for Detroit residents. The city has provided $11 million for the hump program, and that money is allocated from the Detroit transportation fund.

What Should I Do If I See a Reckless Driver?

There are far more speed hump applications than there are city resources to build them, but one way we can fight dangerous driving is through reporting those who drive recklessly. If you see someone driving recklessly, you should report it immediately to Detroit police because that dangerous driver could cause a fatal wreck.

Reporting dangerous driving also increases the likelihood of receiving a speed hump in a particular area. Detroit prioritizes speed humps based on the street’s proximity to kids, churches, and parks, and the number of incidents and reports from a particular street is also a critical factor in the city’s speed hump allocation.

Michigan Legislature section 257.626 defines a reckless driver as “a person who operates a vehicle upon … [a] place open to the general public … in willful or wanton disregard for the safety of persons or property.” Some examples of reckless driving include aggressive speeding, tailgating, driving while texting, ignoring traffic signals, careless driving and driving while under the influence of drugs or alcohol.

If you see someone engaging in reckless driving, you need to call 911 immediately. In Michigan, you shouldn’t call local or state police because they’ll inform you to call 911 instead. When you call, you’ll be connected to the nearest dispatch center. Promptly calling 911 will increase the likelihood of authorities apprehending the culprit before they cause a deadly car accident.

When reporting a reckless driver, you need as much information identifying them as possible. You should try identifying the make and model of their vehicle, tag number, the direction in which they’re traveling, and a description of the driver.

If you or a loved one were in a wreck caused by a reckless driver, you need seasoned car accident lawyers to help you with your case. Skilled car accident attorneys can help you hold reckless drivers accountable and get the money you deserve for damages and personal injuries. Our lawyers at Lee Steinberg Law Firm have numerous years of experience assisting clients with car accidents and personal injuries. For assistance with your reckless driving case, call our Detroit office at 313-483-8775, or click here for a free case evaluation.