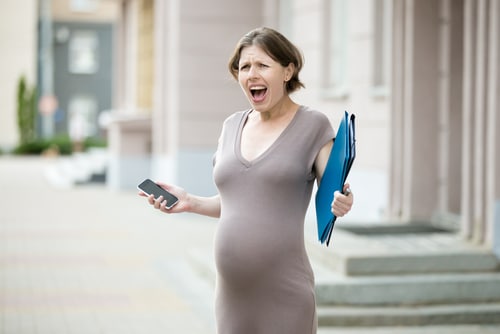 Jackson Restaurant Said to Have Discriminated Against Pregnant Worker

A well-known restaurant with locations in Jackson, Sterling Heights and Ann Arbor, has been accused of illegally firing women after it becomes known the workers are pregnant.

Ichiban Japanese Steakhouse in Jackson is under closest review after complaints that managers fired an employee for being six-months pregnant as well as having “discriminated against other similarly situated women by discharging them because they were pregnant.” The worker initially filed a complaint with the Equal Employment Opportunity Commission (EEOC), which found there was “reasonable cause” to believe the restaurant violated The Pregnancy Discrimination Act, an amendment to Title VII of the Civil Rights Act of 1964. Under some circumstances, an employer’s decision to reassign or terminate a female employee because of pregnancy may be considered discrimination based on sex.

If you are a pregnant worker and believe your civil rights have been violated, it is best to speak with an attorney early. It is illegal for your employer to retaliate against you for filing a charge and you have the support of several state and federal laws behind you.

The Elliott-Larsen Civil Rights Act is a Michigan civil rights act that prohibits discrimination on the basis of sex. This includes, but is not limited to, pregnancy, childbirth, or medical conditions related to pregnancy or childbirth. Any worker affected by such conditions “cannot be treated differently for any employment-related purpose from another individual who is not so affected by similar inability to work.” Employers of all sizes may also not terminate a woman’s employment because of her pregnancy. All pregnant employees except for domestic workers are covered.

In December 2009, the Michigan legislature added an amendment clarifying that the pregnancy protections under state law are the same as those under the federal Pregnancy Discrimination Act (PDA) which says if “you are pregnant, have been pregnant, or may become pregnant, you are protected against pregnancy-based discrimination and harassment at work under federal law.” Under the PDA, employers are not allowed to discriminate against workers based on the fact that:

In general, this means that a worker cannot be fired, a person cannot be rejected for a job or promotion, given lesser assignments, or forced to take leave for any of these reasons. Although, an employer does not have to keep a pregnant worker in a job that they are unable to do or in which the worker would pose a significant safety risk for others in the workplace. It can be difficult to understand though since an employer also cannot remove a worker from their job or place them on leave just because it “believes” that work would pose a risk to the employee or their pregnancy.

Many women may need to get an accommodation from their employer that will allow them to do their job safely under the PDA or in some case the Americans With Disabilities Act (ADA). Examples might include:

In order to receive workplace or job modifications, these types of conditions –when left untreated – would need to “substantially limit” one or more major life activities (e.g., lifting, standing, sitting, walking, reaching, bending, eating, sleeping, or concentrating) or major bodily functions (e.g., digestive, genitourinary, bowel, bladder, neurological, circulatory, or cardiovascular functions). A condition does not have to be permanent or severe, or result in a high degree of functional limitation, to be “substantially limiting.” It may qualify by, for example, making activities more difficult, uncomfortable, or time-consuming to perform compared to the way that most people perform them. If a pregnant worker’s symptoms come and go, what matters is how limiting they would be when present. In addition, it is the employer’s responsibility to tell employees about potentially harmful conditions or chemicals in the workplace.

If there is no way a pregnant worker can do their regular job, even with an accommodation, limitation or restriction, reduced workloads or temporary assignments, discussions with a health care provider and a workplace supervisor or HR manager will need to be held. If an expecting mother is not able to work at all and they have no paid leave, they still may be entitled to unpaid leave as an accommodation. Pregnant workers who can no longer work may also qualify for leave under the Family and Medical Leave Act, which is enforced by the United States Department of Labor.

In general, both the PDA and ADA prohibit employers from engaging in discrimination and harassment based on pregnancy and pregnancy-related medical conditions, and from retaliating against employees.

If you believe you have been subjected to unlawful discrimination based on pregnancy, or if you are pregnant and have been injured on the job because your employer did not make accommodations for you, the Lee Steinberg Law Firm can help you get you started with no upfront costs. In fact, we won’t charge you at all unless your case is settled or won. We are here for you and your family so call us today at 1-800-LEE-FREE.