Driving and ADHD Increase the Risk of Accidents
Skip to content 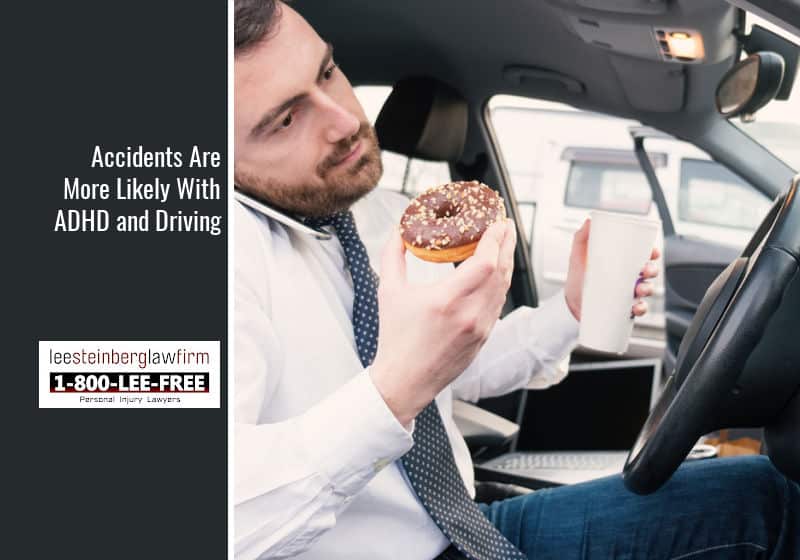 ADHD (attention-deficit/hyperactivity disorder) is one of the most common neurodevelopment disorders affecting children and adults. Children with ADHD often struggle with impulsive behaviors, paying attention, and sitting still or staying calm and organized. And most children who are diagnosed with ADHD continue to deal with the disorder well into adulthood.

The CDC estimates that there are currently around 6 million children that have been diagnosed with ADHD. And of those who are diagnosed, boys are the most common.

Unfortunately, as symptoms of ADHD continue through adulthood, these behaviors can affect the individual’s ability to function or perform certain tasks with ease, such as driving. To this point, a new study from the Journal of the American Academy of Child & Adolescent Psychiatry shows that individuals with ADHD are at a higher risk of causing or being involved in motor vehicle collisions.

In fact, there have been multiple studies in recent years showing a correlation between ADHD and driving accidents. However, this is not to say that driving with ADHD should not be allowed.

People drive safely every day with ADHD. It’s all about knowing how the disorder can affect you and what precautions to take to stay safe.

So, let’s dive in to understand more about ADHD car accidents. And if you were injured in a Michigan car accident and need help filing a claim, don’t hesitate to reach out to someone from our team at The Lee Steinberg Law Firm.

Driving with ADHD symptoms that are untreated is likened to driving impaired as an intoxicated driver under the influence of drugs or alcohol. Essentially, drivers with untreated ADHD have higher rates of inattentiveness, which means they are more likely to become easily distracted while behind the wheel and overestimate their own driving abilities.

There are four aspects of executive functioning in particular that supposedly link ADHD to an increased risk of car accidents:

Drivers with ADHD are 9% more likely to be at fault for the accidents they are involved in. And young drivers with ADHD, in particular, have 30%-40% higher crash rates.

Of all drivers with ADHD, the most common contributing factors or actions that led to ADHD car accidents included:

For teen drivers, all of these things can happen more often both because they are less experienced AND because they are driving with ADHD. Teens also already struggle with impulsive behaviors, even when they don’t have ADHD — so having ADHD can make poor impulse control while driving even worse.

Safety Tips for ADHD and Driving

If you are the parent of a teen driving with ADHD, you may need to more closely monitor their driving habits and set more driving restrictions until they can learn to get their ADHD symptoms under control while driving. Taking medication for ADHD, whether the driver is a teen or an adult can also help improve driver performance.

Additional safety tips for ADHD and driving include the following:

Drivers who are not responsible for their ADHD can cause otherwise avoidable accidents. If you or someone you love have been injured in a vehicle accident caused by a distracted driver or reckless driver, you or the family may be entitled to compensation for things like medical bills, lost wages, and funeral expenses.

Call The Lee Steinberg Law Firm today for a FREE consultation with one of our experienced Michigan car accident attorneys: 1-800-LEE-FREE. You’ll pay nothing until we settle your case.