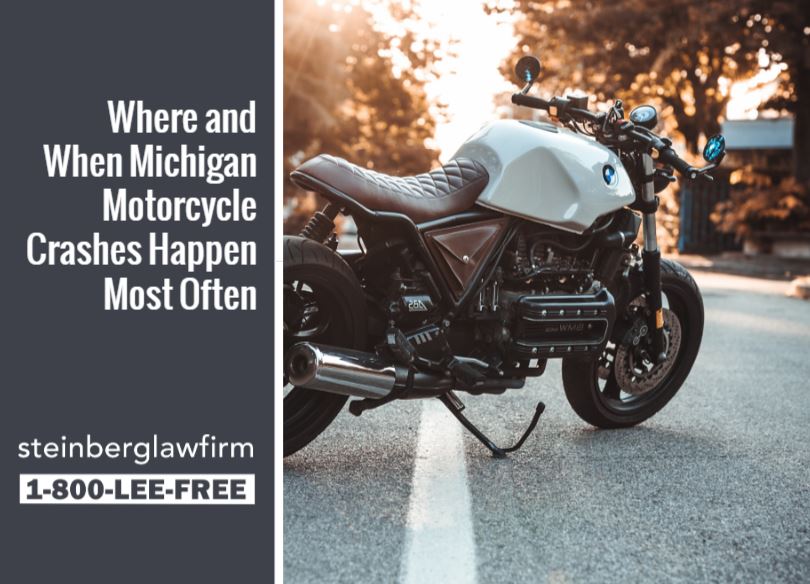 According to Michigan Secretary of State Jocelyn Benson, Wayne, Oakland, and Macomb counties average more than three motorcycle-vehicle crashes every day in the peak riding season. Seven areas and intersections in Metro Detroit with the worst motorcycle crash ratings identified by Benson’s office come from a review of the most recent crash data that determined the location, frequency and prior actions involved in motorcycle-vehicle crashes.

In response to this list, the state has launched a 2019 education campaign to inform Michigan motorists how best to prevent crashes with motorcyclists, including where and when to be most alert to help reduce and eliminate motorcyclist injuries and fatalities.

The campaign dubbed “Look Twice. Save a Life.” is supported by the Motorcycle Safety and Education Fund created by the Michigan Legislature in 2017 and directed by Secretary Benson with the help of driving instructors and local and state police.

Where and When Motorcycle Crashes Happen Most Often

Contrary to what most believe, about 84 percent of all motorcycle crashes happen on city streets versus highways, leaving all types of motorists responsible for rider safety.

Motorcycle crash risk facts for drivers to consider include:

Early estimates published in May of 2018 from the Governors Highway Safety Association (GHSA) show that even though motorcyclist fatalities in the United States are expected to decrease, these trends are creating new types of hazardous road environments for both young and old riders. Our attorneys recently took a closer look at that report here.

What Motorists Can Do to Prevent a Crash with A Motorcycle

Motorcyclists are 35 times more likely to die in a roadway accident than those in other types of vehicles. Our team at The Lee Steinberg Law Firm encourages all drivers to do their part in making the roads safer for motorcyclists and their passengers by following these tips from the “Look Twice. Save a Life.” campaign.

The motorcycle accident injury attorneys at The Lee Steinberg Law Firm encourage all of our readers to review and share the Secretary’s campaign information about motorcycle safety at Michigan.gov/LookTwice.

Motorcyclists Should Wear a Helmet

According to the National Highway Traffic Safety Administration, wearing a helmet decreases the risk of dying in a motorcycle crash by 37 percent, yet only 61 percent of fatally injured motorcycle drivers in 2017 were helmeted. Wearing a helmet has also been statistically proven to decrease a rider’s chance of serious personal injury such as traumatic brain injury (TBI) by nearly three times.

Helmets are still not required for most Michigan riders even though head injuries have increased after the state repealed the Motorcycle Helmet Law set in place in 2012. ‪Due to this unfortunate oversight in rider safety, there has been a substantial increase in significant TBIs resulting from motorcycle crashes. Highway safety officials say that the repeal of Michigan’s all-rider helmet law is likely a contributing factor related to the increase in fatalities as well.

If you or a loved one has been involved in a motorcycle accident, our motorcycle accident and wrongful death attorneys know you need to focus on healing. Let us take on the legal fight for the compensation you deserve. Call us today at 1-800-LEE-FREE (1-800-533-3733) or fill out the Free Case Evaluation Form to set up your absolutely free, no-risk consultation.