When Can an Accident Victim Receive Pain and Suffering Compensation?
Skip to content 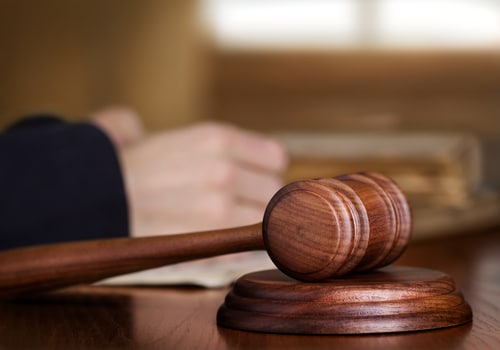 When Can an Accident Victim Receive Pain and Suffering Compensation?

Our law office of Michigan car accident injury lawyers gets calls every day from individuals injured in a car accident. Many have very good questions about how the process works and whether they can get money for what they go through.

What most people don’t realize though is that under Michigan law, just because you were in a car accident does not mean you can get compensated. You have to show you have been injured enough to be entitled to money.

The Michigan Court of Appeals reviewed another Michigan car accident pain and suffering injury case in deciding whether or not a family could obtain compensation for their son’s injuries.

In Piccione v. Gillette, docket no. 342826 (published, 1/17/2019), a three-year-old boy was injured in a Kent County car accident caused by another driver. He was taken by ambulance to a hospital from the accident scene. He returned to the hospital two days later, where a CT scan showed he had an oblique fracture of the left clavicle. He was prescribed a sling and thereafter a clavicle strap. His parents testified that after three or four months, he was able to resume his pre-accident activities and his life returned to normal.

His parents filed a lawsuit against the at-fault driver and his employer for the Kent County car accident. The lawsuit was for pain and suffering compensation resulting from the boy’s injuries.

Under Michigan law, a person can obtain pain and suffering, or non-economic damages, so long as he or she sustains a “threshold injury.” Most threshold injury cases involve a “serious impairment of a body function”, which is defined by MCL 500.3135(5) as “an objectively manifested impairment of an important body function that affects the person’s general ability to lead his or her normal life.”

The boy’s parents argued that their son had met this definition and sustained a “serious impairment” thereby allowing them to obtain money damages for his injuries. The defendants disagreed, asking the judge to dismiss the plaintiffs’ entire case arguing his injuries and subsequent medical treatment were not serious enough and did not last long enough. As such, they argued he did not sustain a “serious impairment”. The trial judge agreed with the defendants’ arguments, and dismissed the case. The plaintiffs appealed.

The Michigan Court of Appeals, in a published decision, reversed the trial court’s ruling and held dismissal was not appropriate and a jury should be able to decide the merits of the case.

In reaching this decision, the Court reviewed McCormick v. Carrier, 487 Mich 180 (2010), a Michigan Supreme Court case that lays out in detail the criteria trial courts should utilize in deciding whether a “serious impairment of body function” is met by the plaintiff in a Michigan car wreck injury case.

Under McCormick, whether someone has suffered a serious impairment is inherently fact-based and “the analysis must be conducted on a case-by-case basis.” In this case, the only question was whether the fracture to the boy’s clavicle affected his general ability to lead his normal life, as mandated by law.

The Court first started by reviewing a recent Court of Appeals case, Patrick v. Turkelson, 322 Mich App 595 (2018), which stated that “an impairment to an important body function affects a person’s general ability to lead a normal life if it has ‘an influence on some of the person’s capacity to life in his or her normal manner of living.’” The Court then went on to state that a person’s life does not have to destroyed to meet the statute’s criteria. Instead a person’s life must merely be affected.

Using these prior cases, the Court held the boy’s life had been affected enough for him to proceed with this case to a jury. In this case, the young boy was unable to go to school for two weeks following the car crash. When he did return, he was limited in playing with his toys. His dad testified he could dress himself before the accident, but afterwards his son could not. He also needed to carry him to the bathroom. The young boy also had trouble sleeping and could not ride his bicycle, play soccer or ride his scooter, activities he could do before the accident.

The defendants again argued this was not enough to show an affect on his general ability to lead a normal life. The Court of Appeals disagreed, holding that a serious impairment does not have to be permanent. Even though his shoulder had healed after 3 or 4 months, this time frame along with all the above listed restrictions and changes were enough to demonstrate a question of fact. In other words, it was up to a jury, not a judge, to decide whether the boy had sustained a serious impairment and could receive compensation for his injuries.

Why This Case Matters

This case is important. First, it is a published case so it carries precedential value for all future Michigan car accident pain and suffering injury cases. Going forward, all trial judges throughout Michigan must follow the law set forth in Piccione.

Second, it again demonstrates to insurance companies that plaintiffs do not have to sustain permanent injuries to be eligible for compensation under Michigan law. Many insurance carriers unjustly deny good claims arguing the plaintiff was not injured enough. But the law does not require permanency. Under Piccione, just because you sustained an injury that heals in a certain time frame does not mean you cannot obtain fair compensation.

If you have questions following a Michigan car crash, please contact the Michigan car accident injury lawyers at the Lee Steinberg Law Firm. Our experienced car wreck injury attorneys are here to answer your questions and walk you through the process. We have obtained hundreds of millions fighting for our clients’ Michigan no-fault benefits. Let us serve you. Call us at 1-800-LEE-FREE (1-800-533-3733). The call is free and we don’t charge anything unless we win your case.