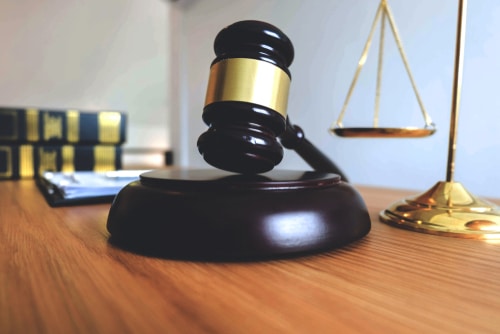 The Michigan Supreme Court issued an interesting ruling late last week when it decided not to accept an application to hear a landlord-tenant personal injury case that began in Oakland County.

The decision had been eagerly anticipated by many lawyers who specialize in Michigan slip and fall law or and Michigan landlord-tenant injury law, like myself.

Celestine Stacker, Personal Representative of the Estate of Mae Hendrix, v. Lautrec, Ltd., involves a tenant who slipped and fell on her driveway on ice that had unnaturally accumulated due to the pooling of water from a garage downspout adjacent to the driveway. The parties agreed Ms. Hendrix slipped on the driveway near her apartment unit and that the driveway was considered a common area.

The trial court in Oakland County initially dismissed her claim, holding that plaintiff failed to present sufficient evidence to establish that, while icy, the driveway could not be used for its intended mixed-use purpose of storing cars and walking.

However, the Court of Appeals reversed. In reaching this decision, the court stated the purpose of a driveway is not only for the purpose of parking vehicles, but also to allow pedestrians access to their garages and residential units. Photos showed a large portion of the driveway was covered in ice, and this ice formed when water flowed from a downspout next to the garage pooled to a depressed area of the pavement. This condition made the driveway dangerous and unfit for its intended use by pedestrians, like the plaintiff. As such, Ms. Hendrix had established “a genuine issue of material fact regarding whether or not the landlord breached its duty under MCL 554.139(1)(a) to maintain the driveway in a manner befitting its intended use.”

Why This Case is Interesting

This decision by the Michigan Supreme Court to allow the Court of Appeals decision to stand is interesting for a few different reasons.

First, many legal observers believed the Court had decided to entertain the landlord’s appeal in this case because it was going to rule that slip and falls that occur in a driveway are not protected by MCL 554.139(1)(a).

In 2008, the Michigan Supreme Court reached a similar conclusion for falls that occurred due to snow and ice in a parking lot of an apartment complex. Allison v. AEW Capital Mgt. LLP, 481 Mich 419 (2008). The Allison decision has basically made it impossible to impose liability on a landlord for slip and fall that occurs in a parking lot due to ice and snow. This is because by not imposing a statutory protection to tenants, landlords can utilize the “open and obvious” defense. This defense says premises owners like landlords are not legally responsible for any condition – snow or ice – that is there to be seen. However, the Supreme Court in Hendrix did not make this ruling.

The decision is also interesting because of Justice Viviano’s concurrence, which in my opinion was quite startling. In his concurrence with the majority’s decision to deny the landlord’s application for leave to appeal, Justice Viviano wrote separately about whether MCL 554.139(1)(a) creates an ongoing obligation for the landlord. In this view, he questioned whether a lessor (i.e. landlord) has a contractual duty to keep a common area – like a parking lot or driveway – fit for the use throughout the term of a lease.

To understand this, one must look at the wording of the statute itself.

(1) In every lease or license of residential premises, the lessor licensor covenants:

(a)  That the premises and all common areas are fit for the use intended by the parties.

(b)  To keep the premises in reasonable repair during the term of the lease or license, and to comply with the applicable health and safety laws of the state and of the local unit of government where the premises are located …

The Errors in Justice Vivano’s Reasoning

In Justice Viviano’s interpretation of the statute, MCL 554.139(1)(a) does not appear to create an ongoing obligation on the part of the landlord. In his opinion, the landlord only covenants to keep a common area fit for its intended use at the time the lease is signed. After the lease begins, the landlord has no further obligation. In his opinion, this differs from MCL 554.139(1)(b), which says a landlord has to duty to keep its premises in reasonable repair during the term of the lease.

Justice Viviano declined to use this legal reasoning in this case because this argument was never raised by either party. However, he wishes to reexamine this in the future.

In my opinion, Justice Viviano’s interpretation is quite disturbing and incorrect. The statute is the same as it’s been since it was enacted in 1968. No prior judge has ever ruled that a landlord’s obligation to a tenant for common areas stops when the lease is signed. I’ve never even heard this argument before.

As Justice Viviano indicated in Hendrix, the statute was originally created in 1968 to codify the landlord’s implied warranty of habitability. This was during an era when slumlords throughout Michigan were providing substandard housing to renters. It would defy logic that the legislators who created the statute would have permitted a landlord to simply abandon his or her duties to a tenant immediately after the lease was signed.

Taken to its logical conclusion, under this reading of the statute, a landlord would have no obligation to maintain a walkway, driveway or parking lot at an apartment complex, so long as they were fit for their intended use on the exact date the lease was signed. For example, if a tenant signs a lease during the summer months, the landlord would have no responsibility to that tenant for what occurs during the winter months.

The landlord and tenant personal injury lawyers at the Lee Steinberg Law Firm will continue to monitor this issue. We handle slip and fall and winter injury cases for plaintiffs throughout Michigan. If you have any questions, please contact one of our Michigan trip and fall attorneys at 1-800-LEE-FREE (1-800-533-3733) for a free phone consultation.