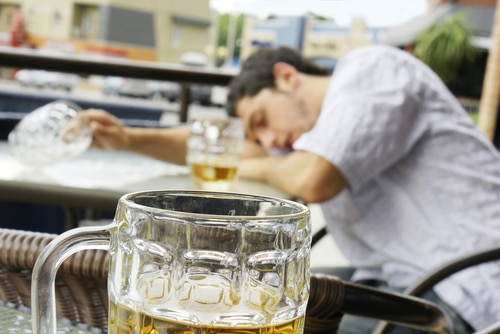 The University of Michigan’s newspaper recently reported that the University’s student-run Interfraternity Council has suspended all Greek Life social activities and new member education programs in the wake of multiple allegations of sexual misconduct, hazing and drug use. The suspension has banned all Greek Life mixers and date parties, hazing rituals for new pledges and general fraternity meetings involving alcohol. Only social activities that have already been paid for will be allowed. Those event planners will need to submit bank statements and plans to monitor sobriety during the function.

It has been reported from university spokespeople that a team is actively investigating the allegations outlined in The Daily’s report. The Offices of Lee Steinberg will be following this story as it unfolds and new details emerge. In the meantime, we wanted to share information on the serious dangers related to hazing such as death and personal injury. We also want to help you understand how you as a parent or friend can prevent these acts from occurring.

What You Don’t Know About Hazing

In United States, including right here in Michigan, tens of thousands of young men and women get involved in school organizations each year. That organization may be a branch of the military, a fraternity or sorority, a sports or extracurricular athletic team, or really any of the hundreds of other organized groups available to students. Sadly, and as innocent as it may seem to some, there is one commonality these groups all share — hazing. According to hazingprevention.org, hazing is defined as any action taken or any situation created intentionally that causes embarrassment, harassment or ridicule and risks emotional and/or physical harm to members of a group or team, whether new or not, regardless of the person’s willingness to participate. Other facts about hazing include:

Some organizations have traditions or hazing rituals that are meant to ‘prove’ an individual’s commitment and worthiness to join the group or fit in with others. Despite universities going to great lengths to prevent these illegal acts, as we have now read in the University of Michigan report, hazing still occurs today. It is important that both parents, university staff and student bystanders, educate themselves to prevent, recognize, and report any hazing that does occur.

Recognize the Warning Signs of Hazing

A hazing victim may or may not feel comfortable expressing concern directly if they have been attacked. Here are some key things provided from hazingprevention.org to look for that might help identify whether or not someone may be experiencing hazing:

If you or someone else is at risk of being involved in a hazing incident please get help or immediately dial 911 if in immediate danger.

Hazing is illegal in Michigan under the law commonly known as “Garret’s Law,” which is codified under M.C.L.A. 750.411(t). According to the law, “Hazing” means an intentional, knowing, or reckless act by a person acting alone or acting with others that is directed against an individual and that the person knew or should have known endangers the physical health or safety of the individual, and that is done for the purpose of pledging, being initiated into, affiliating with, participating in, holding office in, or maintaining membership in any organization.

Highlights of the Garret’s Law include:

Subject to subsection (5), hazing includes any of the following that is done for such a purpose:

(i) Physical brutality, such as whipping, beating, striking, branding, electronic shocking, placing of a harmful substance on the body, or similar activity.

(ii) Physical activity, such as sleep deprivation, exposure to the elements, confinement in a small space, or calisthenics, that subjects the other person to an unreasonable risk of harm or that adversely affects the physical health or safety of the individual.

(iii) Activity involving consumption of a food, liquid, alcoholic beverage, liquor, drug, or other substance that subjects the individual to an unreasonable risk of harm or that adversely affects the physical health or safety of the individual.

(iv) Activity that induces, causes, or requires an individual to perform a duty or task that involves the commission of a crime or an act of hazing.

Hazing offenses may also result in civil lawsuits, allowing the injured person to collect monetary damages from the individual(s) liable for any personal injuries.

Most Michigan personal injury cases are fact-intensive and deserve special attention. Hazing incidents are no different and demand immediate action for justice. Your child’s school has an obligation to keep them safe. If it has failed to do so, and your child was the victim of hazing by a college fraternity, sorority, club, or athletic team, your child has legal rights and could claim pain and suffering damages.