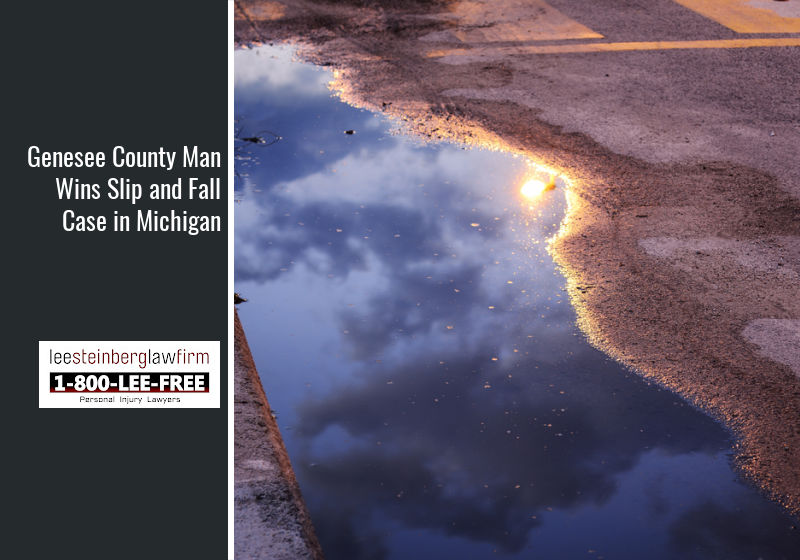 Slip and fall cases in Michigan are not easy. There are a lot of things an injured person must show to be eligible for compensation. In addition, there are lot of defenses the premises owner or property owner can use to get a case dismissed. The most popular defense is the open and obvious defense. Flint slip and fall lawyers and personal injury attorneys throughout mid-Michigan can help you navigate these complicated cases.

An example of a successful outcome recently occurred. The Court of Appeals issued a decision involving a man who slipped and fell on a puddle of water at a local restaurant. The facts are explained below.

The Open and Obvious Defense in a Water Puddle Case

In Tyler v. Bob Evans Restaurant, (unpublished, docket no. 358892, 11/22/2022), the plaintiff arrived at the restaurant right after it opened. He then went to the bathroom, which required making a sharp right turn after entering the restroom door. After making the turn, the plaintiff stepped in a puddle of water and fell. After he fell, an employee discovered a pipe was missing from one the urinals. A shift manager explained that a plumber was there making repairs.

The restaurant then filed an appeal with the Michigan Court of Appeals. In a unanimous decision, the Court agreed with the trial judge, holding the puddle of water the customer fell in was not open and obvious as a matter of law.

What is the Law for Slip and Falls in Flint, Michigan?

Under Michigan law, a premises owner like a restaurant owes a duty of reasonable care to protect customers from an unreasonable risk of harm caused by a dangerous condition on the land. If the defendant breaches this duty, and the customer is injured, then the premises owner can be held responsible for the injuries.

A premises owner breaches their duty when it knows or should have known of a dangerous condition on the premises the customer is unaware of, and further the owner failed to fix the defect or warn the customer or guest of the defect.

The Puddle of Water Was Not Open and Obvious

The Court reviewed the facts in this case and found there was a question of fact about whether the water on the bathroom floor was open and obvious.

In this case, after entering the bathroom, customers like the plaintiff would encounter a wall. They then are forced to make a hard 90-degree turn to get to the stalls and urinals. The Court held that common experience suggests “that an average person is likely looking forward as they walk, not peering around the edge of the door to see the general layout before through the threshold.”

Based on the bathroom layout, a jury could conclude an average person would overlook a puddle on the floor before stepping in it. Simply put, the puddle was not there to be seen upon “casual inspection.”

As a result, the plaintiff is permitted to move forward with his case against the restaurant for compensation.

This case is a win for the plaintiff and a victory for other individuals who are injured due to clear water on a bathroom floor that is not easily visible. This case is not published, meaning it does not have a binding effect on future cases. But it can be used by judges to hold that restaurant owners and building owners can be held liable for injuries that occur due to a dangerous puddle of water or leak that occurs inside a restaurant or store.

Changes in Michigan Slip and Fall Law May Be Happening

This case also demonstrates the growing trend in Michigan to allow premises cases to proceed to a jury. After 20 years of cases getting dismissed by trial judges and the Michigan Court of Appeals based on the open and obvious rule, the tide may be turning.

The Supreme Court is evaluating several issues. Some include whether or not an open and obvious condition should be a consideration for the jury in assessing the comparative fault of the plaintiff. Comparative fault is the fault of an injured person in causing their own injuries.

What is the Effect of the Open and Obvious Rules in Michigan?

The effect of the open and obvious rule in Michigan has been to allow premises owners, such as landlords, strip mall owners, gas stations, restaurants and other commercial owners to evade responsibility for dangerous conditions on their properties. Things like snow, ice and potholes are all considered open and obvious. And as a result, the owners have no legal liability to remove the danger.

In fact, Michigan law currently provides a perverse incentive for property owners. By not maintaining their properties, dangerous things like broken pavement, broken railings and decks, slippery parking lots and icy sidewalks are more open and obvious the worse they become. This makes it less likely they can be held responsible if somebody gets injured on their property, thus creating less incentive to fix the problem.

The Best Slip and Fall Lawyers in Flint, Michigan

The slip and fall attorneys at the Lee Steinberg Law Firm have been handling trip and falls, snow and ice slip and fall cases, grocery store accidents and parking lot falls for decades. We have helped our clients win millions for their injuries. This has included getting lost wages and medical bills paid, as well as compensation for pain and suffering.

If you have any questions, call our legal professionals and team of lawyers at 1-800-LEE-FREE (1-800-533-3733). We are here to answer your questions. And the phone call is free and we don’t charge any attorney fee or any costs until we win your case.