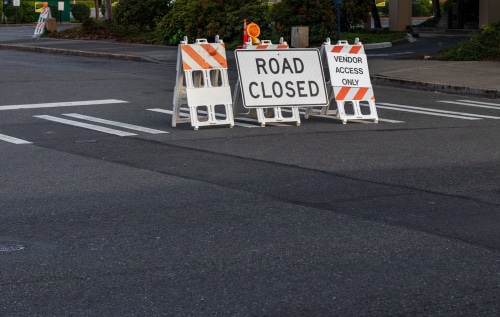 The Michigan Department of Transportation (MDOT) has announced plans to finalize the close of an intersection with a bad reputation that leads into U.S. 127 from South Bagley Road in North Star Township in Gratiot County. The area has been the site of more than 40 accidents and tragedies in recent years. The intersection has also raised growing concerns of local community members and safety officials as well as the local Sheriff’s Department leaders and local Fire Chief. Initial plans included a temporary blockage of the intersection but MDOT said that may only create additional confusion for drivers.

Instead, the agency now plans to permanently cut access to U.S. 127 from Bagley Road in North Star Township and close the intersection as soon as January 2019 with the installation of concrete barricades and brand-new warning signage to prevent drivers from entering.

The intersection was home to an accident that caused the fatality of a Hemlock resident, the most recent wreck that left residents concerned of the crossroad’s safety. Hemlock’s car was simply stuck by a northbound vehicle when he was attempting to cross U.S. 127 from Bagley Road.

In 2017, the Greater Gratiot Development and Middle Michigan Development Corporation by the Eastern Michigan Council of Governments contracted a study of the intersection by an Economic Development Research Group. Researchers found the stretch of road is less safe than other stretches of road and is especially less safe than other stretches of U.S. 127, specifically Lansing to Jackson. A highly problematic spot along the highway included the intersection at Bagley Road.

Greater awareness and accident data tracking at roadways, including intersections, is the first step to understanding the risk factors and need for closing, rerouting to make Michigan roads safer.

Our car accident legal team has been reviewing some of Michigan’s most dangerous intersections for some time now. Do you know of an intersection in your community that should be reviewed as dangerous, or have you traveled a stretch of road that requires the attention and survey of MDOT?

What Makes an Intersection Dangerous?

Every year The Federal Highway Administration reports approximately 2.5 million intersection accidents. And more than half of all serious collisions happen in intersections and some 20 percent of fatal collisions occur there. One-third of all intersection crashes occur at stop sign controlled cross-section of road.

Causes such as a poor layout of roads, changes in new driver patterns, lack of city or county road repair, and driver disregard for traffic laws like illegal left turns, can complicate intersection safety and increase traffic risks. Dangerous intersections can also be identified by having heavy traffic congestion, poor signage and street lighting, discontinuous sidewalks, or has a reputation as an area with aggressive and speeding drivers, or busy with heavy bicycle and pedestrian traffic. It remains imperative Michigan drivers become more aware of their surroundings when driving through any intersection and drive patiently, using the safe intersection driving lessons outlined below.

Nationally, 40 percent of all crashes involve intersections, the second largest category of accidents, led only by rear end collisions. With increased road safety concerns by lawmakers and safety officials and the likelihood of more drivers following these easy driving behaviors, Michigan may see a drastic improvement in intersection accidents rates. Implementing automated enforcement technology has also been proven to improve traffic safety and saves lives at dangerous intersections, as well as supplement law enforcement efforts, but as we know here in Michigan – those safe road strategies may take decades to implement in dozens of communities across the state. Until then, courteous and sober driving at safe speed limits should remain the most important measures toward improving driver safety.

If you have been injured in an intersection related accident, the vehicle accident attorneys at the Lee Steinberg Law Firm are ready to use our decades of experience to get justice so you can move forward and start the healing process. Not only can a personal injury lawsuit help ease financial burdens, but it can help create change at a location, like a dangerous intersection, that poses serious risks to other users every single day.