Can I Still Experience Pain Without Car Insurance?
Skip to content 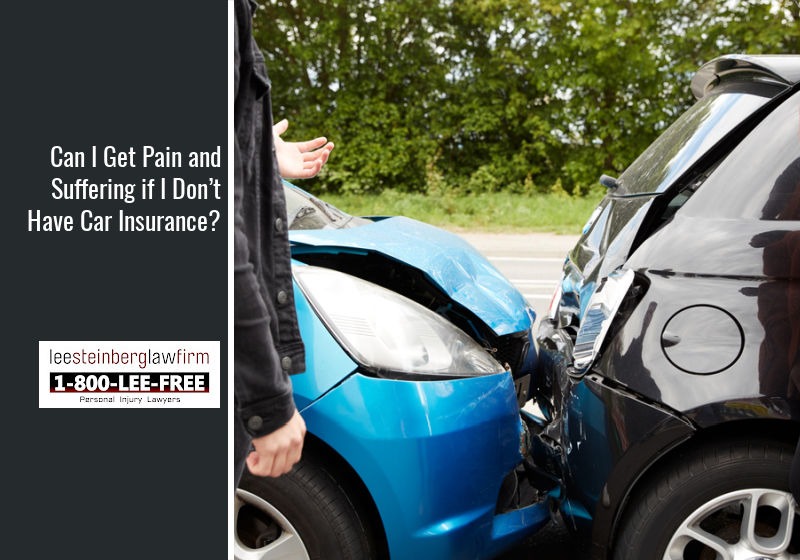 Very often, a person will get injured in a car accident in Detroit and that person does not have any auto insurance. What happens in that situation? Can the injured person still get compensation? The short answer is it depends.

An experienced Detroit car accident lawyer can help explain the law in detail and answer your questions. Every situation is different. But the following is a general overview of Michigan law. Remember, the status of the uninsured person at the time of the crash is key.

First, at the outset I must mention that the person negligent for causing the crash is responsible for paying pain and suffering compensation. The bodily injury (BI) coverage of the at-fault person’s auto coverage is what pays for this type of injury.

What if the Driver is Uninsured But the Car Owner Has Insurance?

Under the Owners’ Liability statute, the owner of the vehicle is responsible for the driver’s negligence. That is why it is important to check on both the driver and owners’ car insurance after a crash. If a driver doesn’t have auto insurance, but the car owner does, then an injured individual can make a claim for compensation against the car owner’s insurance company.

What if the At-Fault Driver and Owner Have No Insurance?

If the at-fault driver and owner did not carry auto insurance, then the insured person can file a claim for pain and suffering their own auto insurance. This is called an uninsured motorist (UM) claim. UM coverage is not mandatory but important to purchase because it is estimated more than 25% of drivers in Michigan don’t have car insurance!

Depending on the insurance policy, the auto insurance may cover individuals for UM benefits who are not even the policyholders.

For example, say you don’t have any auto insurance. You are driving a friend’s car or you are a passenger in another person’s vehicle when a drunk driver with no insurance hits you. The collision causes you to break your leg. Getting money from the drunk driver will be extremely difficult. He doesn’t have insurance and probably is not collectable.

Instead, you can make an uninsured motorist claim through your friend’s auto insurance. However, your friend must have UM coverage on the vehicle you were operating and the policy must also provide UM coverage to occupants, not just the policyholders.

This is why it is vital to contact a Michigan car accident attorney after a car collision involving an uninsured driver.

What if You are Passenger in Detroit in an Uninsured Car?

What if You are a Driver of an Uninsured Car but Don’t Own the Car?

Like passengers, a driver of an uninsured motor vehicle that does not own the car can also make a claim for pain and suffering damages against the negligent driver and owner.

What if the Owner was Driving His Own Uninsured Car?

Under MCL 500.3101, an owner or registered owner of a vehicle must maintain auto insurance when using that vehicle on Michigan roads and highways. Failing to do this precludes the person from making any claim for non-economic damages – such as pain and suffering – against the negligent driver.

What if the Owner Was Uninsured but not Operating the Car?

This where things can get tricky. These cases are very fact dependent. It is essential to call a Michigan uninsured car accident lawyer to get the best advice.

The Michigan Court of Appeals recently reviewed a situation where an uninsured owner was inside his vehicle at the time of a crash, but was not operating the car.

In Whitney v. Wilcoxson, docket no. 360647 (unpublished 12/15/2022), the plaintiff was driving in Midland County on US-10 when his vehicle died. He moved the car over to the side of the freeway and stayed in the disabled vehicle when the defendant, who was driving a semi-truck, lost control and plowed into the plaintiff’s car. At the time of the crash, the plaintiff did not have insurance on the vehicle involved in the accident.

The plaintiff sustained very bad injuries. He filed a lawsuit against the at-fault driver as well as the trucking company under the owners’ liability statute, MCL 257.401. He requested damages for pain and suffering, mental anguish and other losses.

The defendants filed a motion to dismiss the case, arguing that under MCL 500.3101 and MCL 500.335(2)(c), because the plaintiff was operating his vehicle without insurance at the time of the crash, he was precluded from recovering pain and suffering damages.

Under MCL 500.3101(1), the owner or registrant of a car or truck in Detroit must maintain car insurance for vehicles that will be operated on a highway.

However, the plaintiff argued that to be precluded from recovering pain and suffering, the defendants must prove two things: (1) the party was operating his or her own vehicle at the time the injury occurred, and (2) the party did not have in effect that motor vehicle the security [insurance] required by section 3101(1) at the time the injury occurred.

In a unanimous ruling, the Michigan Court of Appeals agreed with the plaintiff and reversed the trial judge’s ruling dismissing his case. The Court held that the plain language of MCL 500.3135(2)(c) requires the defendants to show the plaintiff was operating his own vehicle at the time injury occurred. In this case, the defendant failed to do this.

This is an important ruling. Insurance companies such as Progressive and State Farm have gotten very aggressive about denying these types of cases. Despite the statute requiring the uninsured owner be operating the vehicle when the injury occurs, they will deny a claim just because the uninsured owner was involved in the crash.

But the words “involved” and “operating” have two entirely different meanings. If a person was a passenger in their own uninsured vehicle when a crash occurs, they are not operating the car.

Based on Michigan law, they are still allowed to make a claim for pain and suffering. Yet, insurance companies throughout Michigan have denied these otherwise valid cases.

The Whitney decision is not published, meaning is not binding on other courts. However, it can have persuasive affect and many judges in Michigan will rely on unpublished Court of Appeals cases when making a decision on a case.

Hopefully, the Whitney decision will help insurance companies see the light of day and they will start paying on these types of claims in the future.

The pain and suffering car accident attorneys at the Lee Steinberg Law Firm have helped our clients obtain hundreds of millions in compensation for their injuries. We work with our clients every step of the way to get them the best outcome.

We make sure the medical bills get paid and our clients get paid for the wrong caused by another driver. Our law firm can even do this when there is no insurance on a car or truck. We have been doing it for over 40 years. Call us for a free consultation at 1-800-LEE-FREE (1-800-533-3733).