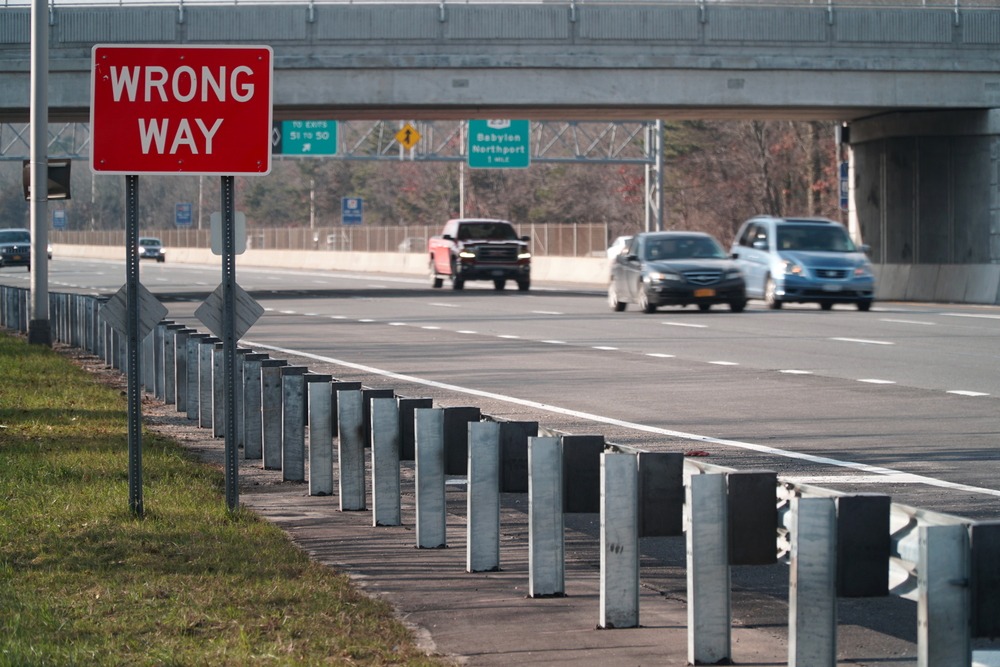 When a driver travels in the wrong direction down a street and slams into a driver traveling in the right direction, horrible injuries can occur. Michigan car accident lawyers can help put the pieces back together and get the justice and money damages the accident victims and their families deserve.

Wrong way accidents happen on city or rural roads. They usually occur when a driver is drunk or failing to pay attention and crosses the yellow line at the worst time. It also happens when drivers enter the highway through an off-ramp, traveling in the wrong direction towards unsuspecting drivers at a rate of high speed.

Types of Injuries from Wrong-Way Crashes in Detroit and Michigan

Wrong-way collisions are usually head-on collisions for obvious reasons. Head-on collisions can cause fatalities as well as extremely serious injuries. Experienced wrong-way auto accident lawyers can sue the other driver for causing these injuries. Typical injuries include:

When a wrong-way car accident occurs, crash victims are entitled to protections known as first-party benefits under the Michigan No-Fault Law. No-fault insurance coverage is required by law in Detroit and Michigan, and every car owner must purchase a certain level of coverage. Our team of Michigan wrong-way auto accident attorneys can assist you in obtaining these benefits.

After an accident, a no-fault insurance claim can cover:

Just as in any accident, a Detroit and Michigan personal injury attorney can help you sue a wrong-way driver for compensation for injuries you sustained in a wrong-way collision.

Depending on what types of damages you have suffered, your total compensation could be huge. Generally speaking, your total money damages will include a sum of your economic and non-economic damages.

Economic damages refer to the monetary value of the costs you incurred from the accident. Although car repairs aren’t typically covered in Michigan, other economic damages usually are. When filing a claim, go through your bills and carefully calculate the value of economic damages with the help of your car accident lawyer.

Under Detroit and Michigan car accident law, to obtain non-economic damages in a car accident claim, the injured person must show the negligent driver was responsible for causing an accident. Things are more clear-cut in a wrong-way collision, as there is absolutely no legal reason for anybody to be driving in the opposite direction in your lane.

Statute of Limitations for a Michigan Car Accident

Typically, the statute of limitations for a Michigan wrong way car accident case is three (3) years for a pain and suffering claim. This means you have 3 years from the date of the accident to file a lawsuit. If you don’t file a lawsuit in court within three years, you forever forfeit your right to sue the at-fault parties and obtain compensation. The statute of limitations is different for minors and special defendants, like governmental agencies.

However, the statute of limitations for a Michigan no-fault claim is one (1) year. Please read more details about this in our article, “

Call Our Top-Rated Lawyers for a Free Consultation

The Lee Steinberg Law Firm has resolved thousands of car and truck injury cases. Vehicle safety has advanced, but the primary cause of car accidents is still operator error. In wrong-way collisions, that is particularly obvious.

Our expert car accident attorneys are familiar with the causes of these types of accidents and the insurance companies frequently involved. Our job is to maximize your recovery in every circumstance. Our legal team will do what it takes to get your auto accident case resolved via settlement, mediation, or trial for the maximum amount allowed under Detroit and Michigan law.

And remember, you pay nothing until we settle your case.