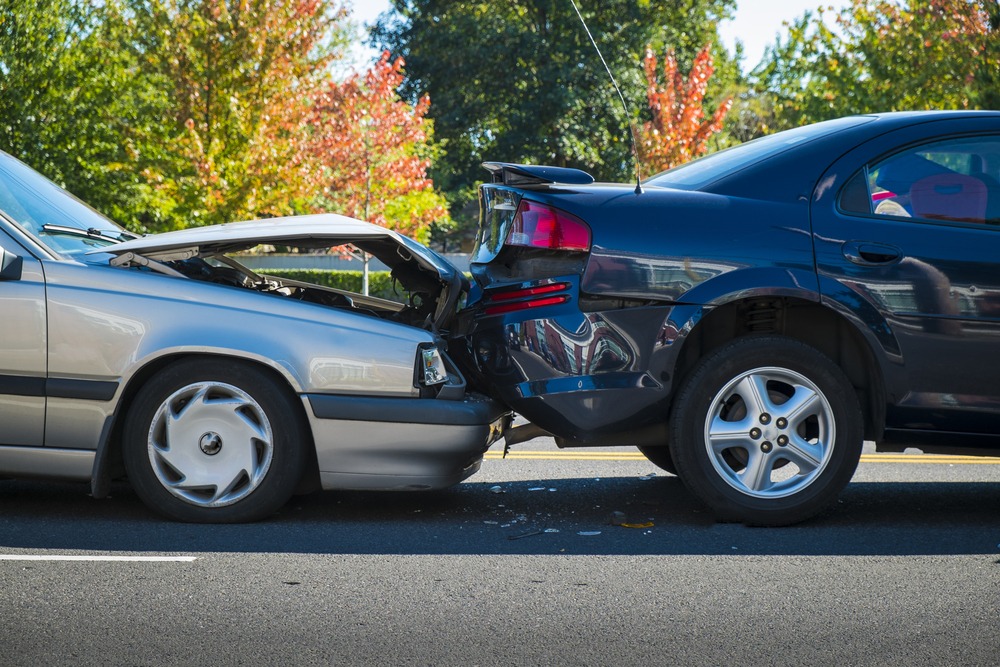 Rear-end accidents often occur during slow-moving traffic and are sometimes considered less dangerous than other forms of accidents. However, rear-end accidents in Detroit and other Michigan cities can occur at high speeds too.

Drivers that fail to realize that traffic on a highway has come to a stop can cause very damaging high-speed rear-end accidents. These accidents often occur when a driver is not paying attention and not keeping their eyes on the road. Whether the accident occurs at a red light, stop sign, or even in the middle of the road, drivers and passengers who are victims of a rear-end accident can experience serious medical problems and injuries, regardless of the speed at which the accident occurred.

If you were injured in a rear-end crash in Detroit, Grand Rapids, Saginaw, or anywhere in Michigan, you should seek appropriate and full financial compensation. You have the right to have your medical bills, lost wages, and other benefits paid for by the car insurance company. In addition, you can seek compensation for pain and suffering and emotional distress, against the driver who was responsible for the accident.

If you’re not sure where to turn but need a dedicated legal team of Michigan rear-end accident lawyers on your side, call the Lee Steinberg Law Firm today at 1-800-LEE-FREE (533-3733) for a free consultation about your accident and case today.

Drivers are required by law to maintain a safe distance from the car in front of them, and they must always be alert of the actions of other drivers, including sudden slow-downs and stops. Almost all rear-end collisions are considered to be the fault of the driver who was behind the car that was rear-ended.

Common causes and reasons behind rear-end collisions in Michigan include:

When a driver is distracted by talking on the cell phone, texting, eating, or even just adjusting the radio, he or she might fail to notice a stopped car in front of them. Distracted driving has become a major issue over the past years, especially as cell phones have become prolific. Drivers everywhere are now texting and driving, going on social network apps, looking down at their phones, or talking and driving. And it’s no coincidence that rear-end accidents have increased dramatically as drivers attempt to unsafely multitask.

If a driver is driving too quickly for road conditions or driving over the speed limit, a rear-end collision is more likely. Speeding contributes to rear-end crashes because, quite simply, the faster a driver is moving the longer it will take to stop when the driver hits the brakes. Difficult road conditions and bad weather can necessitate slower speeds. Failing to slow down when it is snowing or traffic is heavy will increase the chance of a rear-end crash.

To determine your following distance, observe when the car in front of you passes a fixed object. Then count the number of seconds that pass until you travel by the same object. The following distance should be increased during bad weather and adverse road conditions. It should also be increased when changing lanes, approaching intersections, and driving in heavy traffic.

Other causes for rear-end crashes include:

The statistics concerning Michigan car crashes are startling. According to the Michigan Traffic Crash Reporting System, in 2019, there were 83,036 rear-end crashes in Michigan. That year, the following types of rear-end collisions occurred:

Compared to 2009, approximately 70,782 rear-end crashes occurred in Michigan, indicating a significant rise in this type of car crash across the state.

How Can I Seek Damages After a Rear-End Accident?

If you have been injured in a rear-end car accident that was caused by another driver in Michigan, you have the right to obtain compensation. But you have a limited amount of time to file a lawsuit, so it’s important to contact a Michigan car accident lawyer promptly.

Handling your claim quickly and having the right personal injury attorney on your side can help ensure that insurance companies provide you all the benefits and money you are entitled to. If you or a loved one has been injured in a car accident, the Lee Steinberg Law Firm can help you and your family obtain a fair settlement.

Proving Fault After a Rear-End Accident in Michigan

In the majority of situations, the driver operating the vehicle that collided with a vehicle in front of it and caused the rear-end collision is considered to be at fault. Since the law requires that a safe following distance must be maintained at all times, if a driver is truly maintaining a safe following distance and driving at a reasonable speed, he or she should be able to stop or slow down even if the car in front stops short or fails to signal.

Following the crash, the responding police officer will investigate the accident and assign a hazard action or ticket to the at-fault driver. The officer will observe car damage, talk to witnesses and the motorists involved to assign fault.

If you are involved in a rear-end crash, you should take photographs of the vehicle damage of all the vehicles involved. Make sure to exchange information with the other drivers, take pictures of their license plates, take pictures of any traffic lights or stop signs nearby and use your cell phone to video the accident scene if necessary.

Michigan is a no-fault state. This means that after an automobile accident, in almost all situations individuals are entitled to receive no-fault benefits, even if at fault for causing the crash. A person injured in a car or truck crash can recover PIP (Personal Injury Protection) for medical costs, work loss, and other damages. The total amount of benefits available to you will depend on the amount of PIP coverage available at the time of the accident. No-fault insurance benefits available for victims of Michigan rear-end accidents include:

A knowledgeable Detroit and Michigan car accident injury attorney can help you recover these benefits and decide whether a lawsuit will be necessary.

What Types of Injuries Can Rear-End Accidents Cause?

Rear-end car crashes can cause many types of injuries, some of which can be severe and can greatly disrupt your quality of life, ability to work, and your well-being.

The back and neck can be hurt by the sudden impact of a rear-end collision. Whiplash, is a common form of low back or neck injury where the body is thrown forward with sudden force, damaging the back or neck as a result of overextension and injury to surrounding muscles.

Soft-tissue injuries can result from damage to muscles, tendons, joints, ligaments, and other tissue, causing bruising, sprains, and various types of injuries.

While airbags often do not deploy during rear-end accidents due to the nature of the impact, airbags can also inflict damage upon deployment. Children and adults can be hurt by the airbag’s force upon inflating.

Other types of injuries following a rear-end accident include:

Following any car accident, receiving emergency medical care for you and anyone else injured is the number one priority. Once you have been seen by a medical professional, it is time to consult with a Michigan car accident attorney from the Lee Steinberg Law Firm. Our legal team can thoroughly investigate your accident and the details of the crash, finding supporting evidence to back your case. Common duties include:

The car accident attorneys at the Lee Steinberg Law Firm possess the expertise and the care that’s needed to understand your situation and win your case. If you’ve been involved in a rear-end accident, our team of Michigan car crash lawyers wants to hear from you.

Give us a call at 1-800-LEE-FREE (533-3733), a rear-end accident lawyer, so that we can learn more about your story and answer any questions. Plus, we’re happy to provide a free case consultation for you.